The Last Night in Heaven by Anika Jade Levy ~sonrel-dottun 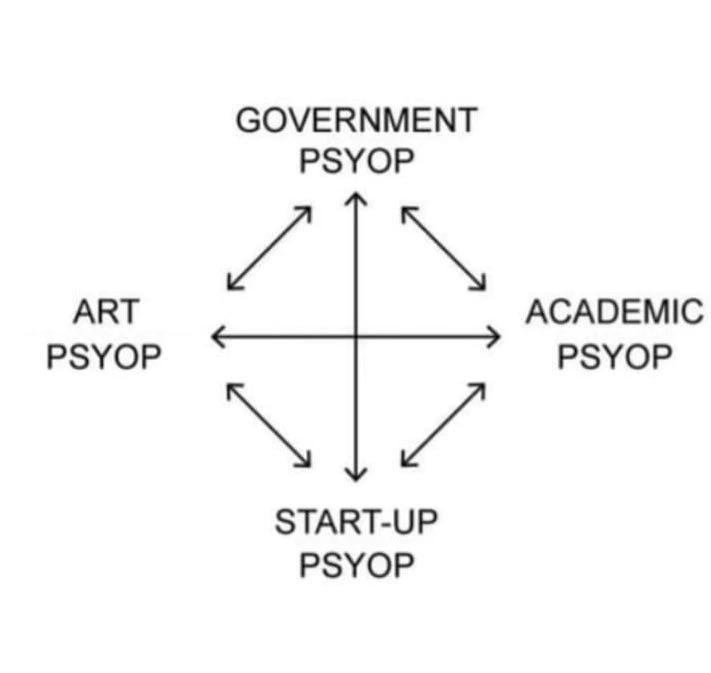 Angelicism01, a pseudonymous Substack entity—commonly mistaken for a bot, a pack of feral incels, or the writer Honor Levy—first appeared on the internet in November of 2020 in a post titled “A Portrait of Donald Trump.”

2. You hate Trump because you can’t stand how beautiful the contemporary world is.

1. For the purpose of this project, Trump would be treated not as only as a politician, but also as a spiritual and literary force, a practitioner of hyperstition(1), or at the very least: the most important poet in America._

2. There is no use in trying to distinguish morality from aesthetics. The beautiful is the good. Irony, opacity, and detachment are deployed not as a defense against, but as an enthusiasm for ultramodern life.

This early lionization of Trump points to a direct line of influence. Angelicism itself is Trumpian in its deployment of unhinged political speech, its endless appetite for self- mythology and neologisms. Both Angelicism and Trump seem to exist outside the simulation that constitutes our global order. Both Angelicism and Trump understand that memes can provide a useful compression of theory. Trump’s irony is sunny and inflected with the power of positive thinking. But the Angelist ideology transcends irony.

Angelicism's transmissions range from gossip to Soundcloud rap reviews to calls to “Please Columbine the Entire Drunken Canal Editorial Staff.” Often posting multiple times a day, Angelicism is creating a collaged portrait of a partially fictitious scene of writers, artists, incels and e-girls on the internet and in metropolitan cities at what he believes to be the end of the world. Rumor is treated as gospel. Politics is analyzed as conceptual art(2).

Although the entity called Angelicism is often outraged at the New York art world, it has become the scene’s most preeminent documentarian. Its archive emerges as a reluctant social cosmology. Niche internet celebrities are refracted through a prism of absurdity and critical theory. Like Trump, Angelicisism is fond of neologisms and nicknames. In the fun house mirror of Angelicism’s prose, the writer Honor Levy becomes "Low IQ Honor Levy,” the Japanese-American art critic Dean Kissick becomes “Black Dean Kissick,” and the aspiring socialite Soph (@alivegirl001101) becomes a Vanderbilt. 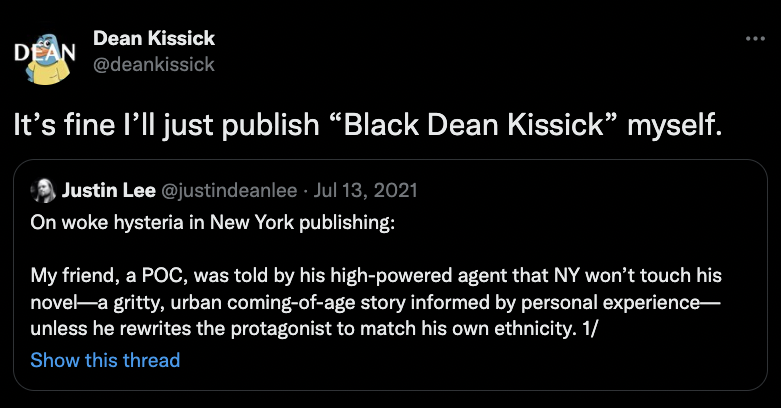 If you search “Angelicism” on Twitter, you will find a rotating cast of clones who parrot its talking points, its lyrical and alienating prose, its treatment of contemporary life as imminent history. This multiplication of personae is essential to its project. In its ambivalence and encouragement of plagiarism, Angelicism has exalted the importance of its gospel, divorcing its ideas from identity so that they became spiritual forces in and of themselves. This is a new approach to self-mythology, one in which technology and religion collide into meaninglessness.

Angelicism is chartering unpredictable political ground, weaving a patchwork of traditionalism, libertarianism, and environmental hysteria. For all of its enthusiasm about another kind of internet, Angelicism still claimed to oppose NFTS, web3, and other blockchain technologies on the basis of their ostensible environmental impact. In its ideological incomprehensibility, it has become the philosopher laureate for a particular downtown set, what Vanity Fair has termed the “New Right”(3).

It’s impossible to write about Angelicism without also addressing the present day intellectual situation on certain fringe corners of the internet and in specific bars, museums, and bookstores in New York City: the mass exodus from universities, museums, and institutional spaces. The renaissance in print culture. The physical and intellectual gentrification of Chinatown. The emergence of a group of young people for whom no political ideology corresponds(4). The ten thousand smiling faces of digitally produced little NFT girls(5), graded for “drip” and traded like baseball cards in the basements of old world Italian restaurants. The uncanny atmosphere of a civilization that seems near to collapse, which Dasha Nekrasova drily summed up thus on a recent episode of Red Scare: "the shelves at CVS are empty and you can’t kind find tampons anywhere because they’re all in the men’s room at Google.”

In approaching gossip as mythology, Angelicism has positioned itself as an oracle, writing a social history of the present, as that history emerges in the form of fringe scenes, publications, and podcasts. In its unhinged, schizophrenic approach to political declaration, Angelicism is writing the first archive suitable for contemporary cultural life in reactionary, extra-institutional spaces. When rich zoomers have colonized three blocks of downtown Manhattan and termed it hyper-locality. When the Vice President’s step-daughter has carried federal agents into New York’s fabled downtown haunt Clandestino.

Within legacy institutions, the intellectual elite have dug their heels in, doubled down on identity politics, Roe vs. Wade hysteria, and neoliberal consensus. But elsewhere, in New York art world circles and in underground online communities, the vibe has shifted into a post-ironic deep right politics, watered-down Catholicism, and acceptance of socially conservative values.

It can be argued that Angelicism’s initial thesis has proven true: Life under Trump, by some metrics, was better than life under the previous and following administrations. By the numbers, the CARES Act was the most generous piece of social welfare in the last century. Even Trump’s xenophobia may have proven useful in so far as increased border control cut the unemployment rate and stalled globalism’s perpetual supply of a cheap and undocumented workforce.

Trump’s continuous record of celebrity and reinvention has afforded him a position outside of the altered fiber of reality. A modern day picaro, he turns indifferently away from the disaster like the ploughman in Pieter Bruegel’s Landscape with the Fall of Icarus(6). 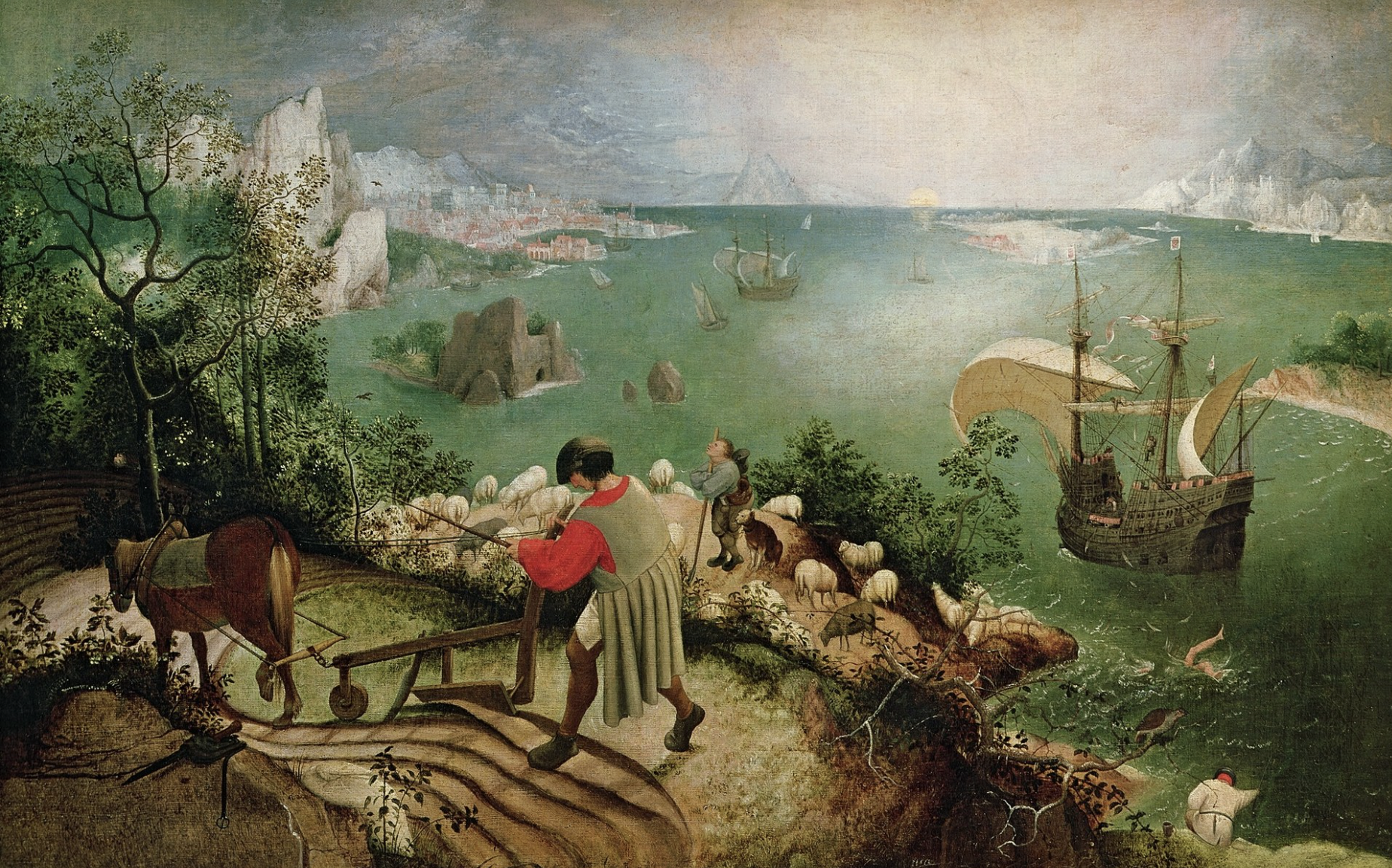 In a March 2022 post about Kanye West, Angelicism wrote,

This brings us to the most important concept in Angelicism’s oeuvre: extinction. Almost every single post concerns itself with this subject on some level. Sometimes the outlook feels rosy, optimistic even, awaiting extinction like it’s the invention of agriculture. We’re all going to the last night in heaven. Other times the interpretation is more bleak. As in, “Nobody cares about the death of Ukrainians because nobody cares about the death of the world.”

What makes this project so ambitious and original is its willingness to conceptualize its own end, to grapple with the idea of extinction, the actual end of history. Because of Angelicism’s continual return to matters of man’s existential fate, it can be tempting to see it as a kind of fortune-teller, to read its daily reports like a post-world horoscope, to watch its ideas weave themselves first into the internet and then into the culture.

Angelicism is a difficult phenomenon to describe, in large part because, like Trump, it rejects the notion of a coherent reality. In its treatment of life as a collage of numerous parallel realities, it opens up an entrance to the idea of another place. What should we do with our last night in heaven? In the age of auto-fiction and fashionable traditionalism, Angelicism provides an alternative: transcendence, an attempt to articulate the ineffable, a willingness to care about beauty, a desire to depersonalize. It is either the end of the world or the beginning.