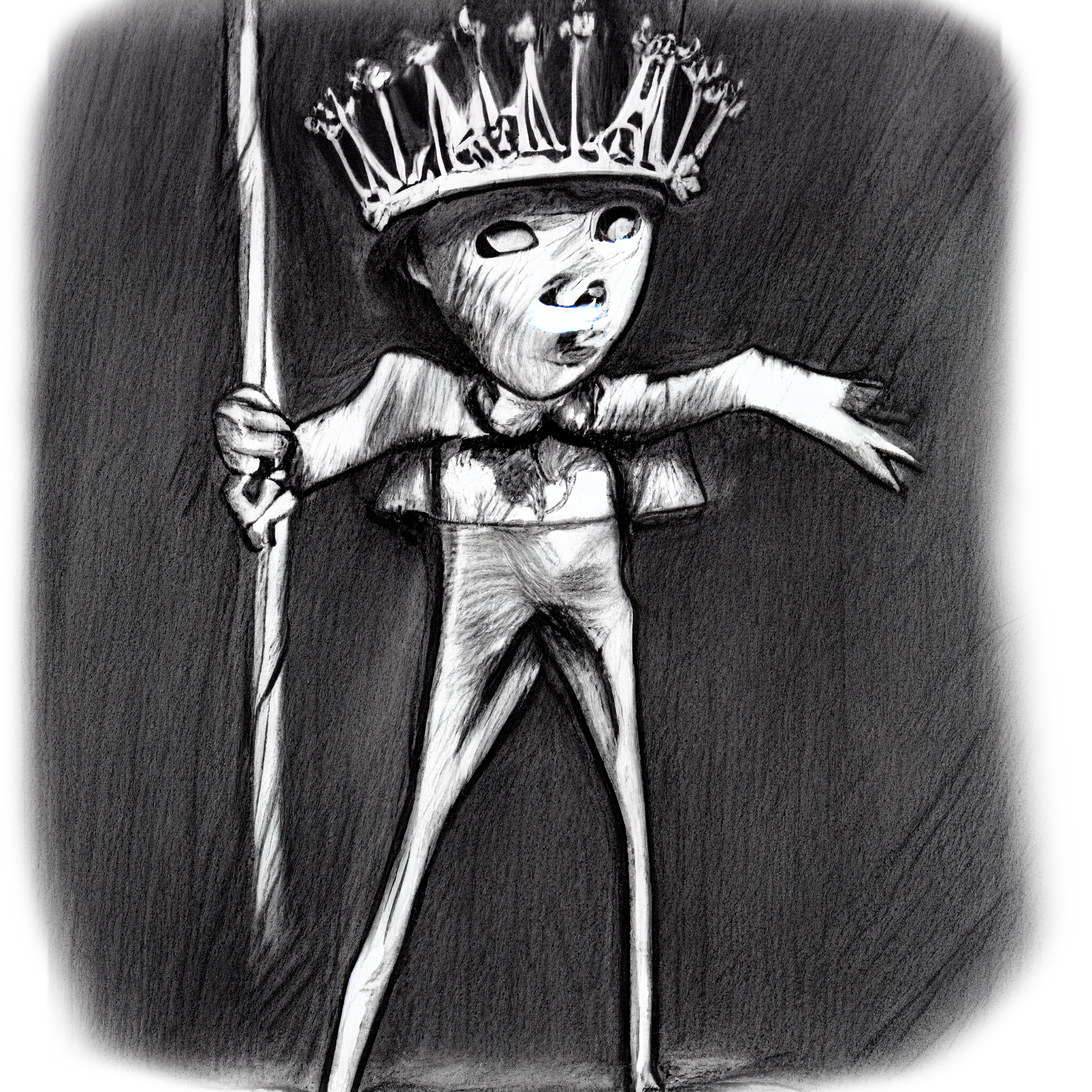 Fiction has a lot of work to do these days precisely because there is so little left to do. The nooks and crannies of the imagination are full of other stuff—and the very stuff of language is typically deployed for other purposes: advertising and marketing, hot takes, sports talk, politics. We experience more written content—the brain is saturated—but less well-written content. In the efflorescence of word-content, the poetic core of language shrinks to nullity. Imaginative writers labor within these conditions. Writers must grapple with the dual anxiety of influence and of declining cognitive market share. When a book somehow manages simultaneously to recapture our imaginations and to claim its place in the tradition, it’s a beautiful thing; but when it fails, the failure is increasingly painful: a token of our declining literacy and meager passions.

Under the condition of extreme anxiety, the novel industry thus speeds ahead, producing brightly colored, well-blurbed word-products whose outer shells belie their inner emptiness. The minor intellectual produces a vast systems novel critical of capitalism; the pseudo-emotional ex-poet produces a ‘slim volume’ of exquisitely dull but well-hewn prose in the vein of Marilyn Robinson; the international novelist writes a post-Bolaño escapade novel for a cool small press. The number of books that do more than capitulate to the anxieties of their authors is vanishingly small; as in pop music, range and variation are compressed and minimized. Book reviews are more talked-about than the books themselves (and perhaps rightly so). One senses that often a book is just fuel for the piece about it—so much dry tinder.

On the surface, Ottessa Moshfegh is not, however, an anxious writer, or, by the standards of her output, a hesitant one. In her own words, “the kind of writer” Moshfegh has “always wanted to be” is “a troublemaker”—a real rebel. Her writing is uniformly efficient and clear—with the assurance of someone who has practiced in order to shock and sting, to provoke disgust and debate. Her stories have verve and style, and in some places, rich and insightful characterization. Her novel My Year of Rest and Relaxation reads like a very good imitation of a minor classic—and might even be one.

With those caveats in mind, Lapvona, Moshfegh’s new novel, is a curiously bad book. The novel—strategically and consistently ambiguous in its periodization, setting, and characterization—is, in brief, the story of a homely shepherd boy, Marek, who, in the course of a year, becomes lord of his village, Lapvona, in an ironic reversal of fortunes. Marek’s rise comes at a cost, however; his kin, his fellow villagers, and Lapvona’s noble family all die brutal deaths. Marek’s ascension to the ranks of nobility itself is predicated on death: When Marek kills his distant cousin Jacob, the son of Villiam, the evil—in a decidedly banal sense—lord of Lapvona, Villiam adopts Marek as his son, in effect stealing Marek from his biological father, Jude, a physically robust shepherd whose own lineage is noble, but disgraced. Thanks to Villiam’s purely logical mode of ethics—eye for an eye, son for a son—Marek’s sin is redeemed as caste advancement.

The whole episode—saturated in Biblical allusions—of Jacob’s murder and Marek’s adoption into the noble home occupies a full third of this short book. The rest of the book unfolds with morbid equanimity: Marek becomes a lazy good-for-nothing noble; a drought kills most of the villagers; the survivors, including Marek’s father and the local medicine woman Ina, turn to cannibalism; Marek’s biological mother Agata—formerly a nun—marries Villiam after his own wife disappears; Agata gives birth to a son (father unknown—perhaps there is no father, like Jesus); Marek throws his new brother—the new “Christ”—off a mountain; the novel ends. The litany of horrors is told in a laconic style; everything proceeds swiftly, which seems to be the point: Nothing is worth lingering on. A year in the life of the village of Lapvona is a tediously long dance of death.

It is worth noting that Lapvona is decidedly made up: a mash up of late medieval tropes—a hypermodern reconstruction of pre-modern experience. The village of Lapvona seems like it could be set in the Pyrenees. One guesses that Moshfegh has read Montaillou, Emmanuel Le Roy Ladurie’s 1980 factual reconstruction (based on Inquisition records) of village life in 14th-century France—but there are no direct allusions to any specific historical record. The novel might be set much further back than the 14th century; it doesn’t matter much. In the novel, contextual details are, in fact, scarce. There is a north and south, people with dark hair and light hair. There are bandits, nobles, peasants, priests, merchants. There is agriculture and hunting. Lapvonians raise sheep, but do not eat them (even when they’re starving). Against this lightly sketched background, Marek’s moral tale unfolds.

It is not unfair to suggest that Lapvona recapitulates the primary device of My Year of Rest and Relaxation: characters who feel almost nothing and who are numb to the consequences of their own actions. Like Dr. Tuttle in My Year of Rest and Relaxation, the people in Lapvona are caricatures of real people. Unlike the earlier novel, which balances the flatness of its secondary characters with a psychologically suggestive first person narrative, Lapvona is told in the third person, in something close to raw reportage. There is no psychology—medieval or modern. Moshfegh betrays very little interest in her creations, whose naïve inner lives require little qualification or exegesis:

Ina was older than anyone could say, and by now her milk had dried up. Marek loved Ina. At thirteen, he still visited her once a week. She was the only person to caress him and give him a kind word now and then. He brought her flowers from the pasture and lamb’s milk and chestnuts when they were in season, bread and cheese when there was some extra.

This is not a bad start, but this is where this passage ends, not begins. Marek loved Ina. For the rest of the novel, Marek’s love for Ina—this is one of many examples—is of little significance. Marek might as well have hated Ina; it makes no difference. Marek’s fondness for Ina is just a stray detail—like so many others—never impacted, never brought into relief. Marek’s relationship with his father, with Villiam, and with Villiam’s servant Lispeth are all drawn with equal indifference to purpose. The relationships between Marek and others are essentially frictionless—marginally positive or negative. Marek goes from shepherd to lordling, but does not really change. None of Lapvona’s primary cast of characters—Marek, Villiam, Jude, Father Barnabas, Ina, Agata, Lispeth (a servant girl)—ultimately come to life. They suffer, but in a weird, static way, as if they can’t truly experience their own suffering. They are props in a marionette play. This is presumably the point—but it’s not very interesting.

Almost as though she has been given homework she does not really want to complete, Moshfegh is obsessed by evil—but not obsessed enough to explore it. Evil is draped over the novel’s skeletal, ghostly characters to give them a reason for being in the novel. Everyone is wired for sadism. It’s programmatic. Emotions are cursory. Shame is transitory. Villiam eats and eats but does not feel full; Marek kills but does not feel serious guilt; Jude and Ina eat human flesh and find it is to their liking. Characters are introduced, their depravities amply demonstrated, and then they are mostly forgotten or left behind. It is all a little too easy.

Agata opened her mouth, pointed inside, then waved her finger back and forth. The nun’s tongue had been cut out, they all saw.

‘Is that what they’re doing to girls now, Father? Cutting out their tongues?’ Dibra asked.

‘But she must have some party tricks,’ Villiam said, a little concerned. ‘If she doesn’t talk, what does she do?’

Moshfegh’s sardonic brutality is a style—and her style, at least in this book, is a crutch. The scattershot allusions—here we have the myth of Philomela—annoy more than they deepen. More importantly, we have no deep reason to continue reading: We know that Villiam is a sociopath; we know that Agata is a mildly sympathetic figure; we know that the priest is morally dead. One might suppose that these kinds of scenes are meant to be funny—but the novel’s mode of humor is relentlessly the same, and perhaps even juvenile, and one laughs less and less as the book goes on.

Jude paced, the mud and water in his stomach sloshing. He didn’t want to cook the man. He had taken the body for just that reason—to save Klim from being eaten.

‘There isn’t much meat on him,’ he said lamely, trying to deter her.

The clipped narration, with its emphasis on the corporeal and sensorial, deemphasizes the possibility that Jude or Ina could do any differently than they do; they are supposed to be funny because they are puppets—automatons (in the Bergsonian sense, they are theoretically funny because they are behaving automatically and cannot do otherwise). Thus, Klim’s fate is sealed; there are no other possibilities at play—no revelations or reevaluations. The comic-strip dialogue, moreover, heightens the sense that Jude, the shepherd, and Ina, the medicine woman, are all lacking substantial selfhood. Jude feels a “lame” impulse to save his fellow villager—but a few pages later, he happily eats poor Klim, completely at the mercy of his own will to live. The touches of artistry—the simile of the “fallen apple” (is this another Biblical allusion as well?) do little to redeem the essential silliness of the exchange itself. The imagery tries to distract us from lack of real stakes.

Unfortunately, one must ask of this episode, and so many others in the book—is the insight just that evil is banal? Is it that lives in the deep past were nasty, brutish, and short? Lapvona, as an object of meditation, struggles to rise above the sophomoric. Moshfegh’s situations, moreover, are absurd—but fail to rise to the level of absurdist. There are moments when Lapvona feels like little more than a macabre writing workshop exercise.

Should we wish, I am left to wonder finally, that Moshfegh—clearly a capable and talented writer—felt more artistic anxiety? Unlike much new literary fiction, Lapvona is sure of itself. This self-assurance, however, comes at a cost: The novel is itself a vacuum independent of material and intellectual history. It is the kind of book that, because of its episodic, highly visual nature, could actually yield a good film. It reads almost like a script. And yet as a book, as a contribution to the tradition of literary fiction, as something you might spend money on, and spend a day or two reading, it is strangely void of moral and emotional power. Little pleasure is derived from the complex exercise of decipherment of overtones and undertones—of irony—because the tonal range of the novel is so fundamentally limited and because its ironies are so obvious as to qualify as self-defeating. As a view of the past, it is inferior to historical writing; as philosophy, it is unsophisticated; as a theological parable, it seems embarrassed by faith; as storytelling, it is a bit like Poe—which is to say, powerful only by dint of sheer, dogged repetition.