A Blast from the Future by Maxwell Cody ~macmet-pagrec 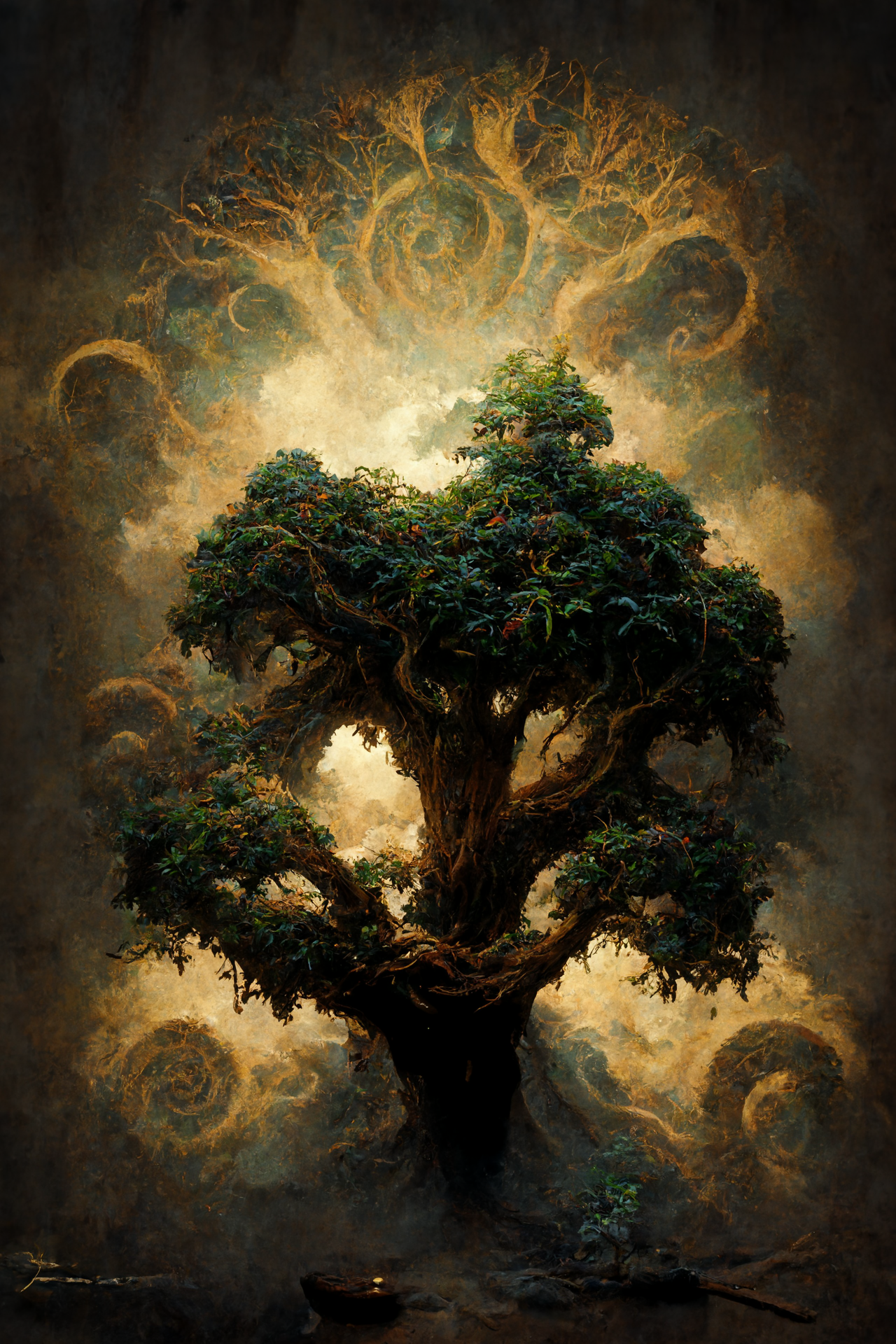 First, the bare facts: Nick Land is a 60-something British philosopher and ex-university professor. He now resides in Shanghai in what is widely understood to be a self-imposed exile from the West (though he has gone quiet recently, and rumors swirl that the Chinese Communist Party has disappeared him). The large majority of Land’s writings can be found in Fanged Noumena: Collected Writings 1987–2007, printed in 2011 and circulated widely online.

In the mid-1990s Land helped found the CCRU or Cybernetic Culture Research Unit at the University of Warwick, where he lectured. Notoriously difficult to describe—according to the CCRU the CCRU never existed—this group was a postmodern occultist collective made up of dissident left academics who were as disillusioned with university life as they were enthralled by the potential of emerging information technologies.

What you’ll find in the CCRU’s Collected Writings is a blend of magic, science fiction and experimental philosophy: the “cyberdelic” consciousness from which Land’s later works emerged. In its pages are the seeds of what would come to be called accelerationism. That is, according to a 2001 online “communiqué,” the CCRU

"engages with peripheral cultures not because they are ‘down-trodden’ or oppressed, but because they include the most intense tendencies to social flatness, swarming, populating the future, and contagious positive innovation, hatching the decisive stimuli for the systematic mutation of global cybernetic culture.”

If you find this kind of theory-laden poetry-jargon confusing, you’re not alone. The CCRU makes liberal use of terms of art from philosophers and psychoanalysts such as Sigmund Freud, Gilles Deleuze & Felix Guattari, Jean-François Lyotard, and the entire corpus of cybernetic theory. Georges Bataille, William Gibson, and, of course, H. P. Lovecraft are also essential influences on the erotic nihilism, mystical horror, and cyberpunk fiction elements that first came together in the CCRU and later came to define Land’s work. Sometimes it can feel as though a translation is necessary. For instance, one might translate the sentence “hooking up desublimated Eros to synthetic Thanatos in order to accelerate the obsolescence of humankind” into “Combining sex-drive with death-drive in order to transcend our humanity,” or, even more simply, “desiring the apocalypse.”

In the works of Land, the CCRU, and the group’s followers, jargon abounds: NRx (Neo-Reaction, an anti-democratic philosophy that advocates a return to authoritarian government), The Dark Enlightenment (a term lifted from the title of one of Land’s lengthy essays, which details liberal democracy’s coming descent into neo-Hobbesian civil war), The Numogram (a computer code reimagining of the Kabbalah), Xenofeminism (transhumanist Amazons who smash the patriarchy once and for all), Hyperstition (the semi-magical process whereby fiction becomes reality), and, of course, Acc or Accelerationism (“speeding up the process” of techno-capitalism instead of trying to regulate or escape it).

If you go searching any of these terms on your social media platform of choice, be prepared for a cacophony of technobabble glossolalia, dense dystopian memes, and deeply unhinged threads. Accelerationism itself is probably the most fraught of these terms. To many it simply means “things have to get worse before they get better,” but in Landian terms accelerationism is the general tendency of capitalism to keep going no matter what—that it becomes more and more autonomous.

In “Meltdown,” probably Land’s most famous essay, we get a chronologically nonlinear description of the earth in a state of pure, apocalyptic acceleration: “Beyond the Judgment of God. Meltdown: planetary china-syndrome, dissolution of the biosphere into the technosphere. . . .” Several ideas from this essay seem already to have come into being: “The story goes like this: Earth is captured by a technocapital singularity. . . . Neo-China arrives from the future. . . . Hypersynthetic drugs click into digital voodoo.”

You’ll also find any number of PDF manifestos online that seek to continue the work of the CCRU. One 167-page essay called “Unleashing the Numogram,” by Chaos Magic scholar Anders J. Aamodt explains that the numogram “is the complete metaphysical index to sorcery. It can describe any other system, thus getting at the cracks between systems, which is really where things get interesting. It’s impossible to exceed the numogram, it is self-exceeding :-).” You also might encounter some members of the O9A (Order of Nine Angles), a Satanic quasi-terrorist group whose manifesto calls for a “Galactic Imperium” ruled by a “sinister” ubermensch.

Politically, CCRU-era Land might be described as Cyberdelic Hacker Left, whereas later Land might be described as Pro-Skynet Right. But there is still one overarching theme that unites these eras: the rejection of liberal democracy and its accompanying institutions. To take an example from early Land: “Kant, Capital, and the Prohibition of Incest: A Polemical Introduction to the Configuration of Philosophy and Modernity” could easily fit in with any Leftist post-colonial literature. For instance, South Africa is examined as the miniaturized version of the entire colonial world order:

This ambiguous movement of ‘enlightenment’, which characterizes the emergence of industrial societies trading in commodities, is intellectually stimulated by its own paradoxical nature. An enlightenment society wants both to learn and to legislate for all time, to open itself to the other and to consolidate itself from within, to expand indefinitely whilst reproducing itself as the same. Its ultimate dream is to grow whilst remaining identical to what it was, to touch the other without vulnerability.

The Kantian “Enlightenment’’ philosophy of the rational self, which remains wholly separate from the objects it perceives, is mirrored by Europe’s system of domination in which it endlessly and violently absorbs resources from the colonial other while trying to maintain its own “pure” identity. For Land, this is ultimately impossible. The project is built on a faulty epistemology; the hegemonic autism of the West desocializes and desensitizes both itself and the world outside it. Sociality is lost, and “beyond sociality is a universal schizophrenia whose evacuation from history appears inside history as capitalism.”

Now compare that to this bit of reactionary dialectics in a later essay, “The Dark Enlightenment”:

Every liberal democratic ‘cause war’ strengthens and feralizes what it fights. The war on poverty creates a chronically dysfunctional underclass. The war on drugs creates crystallized super-drugs and mega-mafias. Guess what? The war on political incorrectness creates data-empowered, web-coordinated, paranoid and poly-conspiratorial werewolves, superbly positioned to take advantage of liberal democracy’s impending rendezvous with ruinous reality . . .

In its quest to cure the world of irrationality in the name of universal reason, liberalism has created a whole host of irrational opponents. Like Marx, Land sees the liberal world order as besieged with contradictions and conflicts. But for Land, this isn’t simply class conflict. It’s a plethora of competing human and non-human intelligences and subjectivities. It’s capital and its machines that are gaining autonomy and consciousness—not the proletariat.

Capitalism is not a totalizable system defined by the commodity form as a specifiable mode of production, determinately negated by proletarian class-consciousness. It is a convergent unrealizable assault upon the social macropod, whose symptom is the collapse of productive mode or form in the direction of ever more incomprehensible experiments in commodification, enveloping, dismantling, and circulating every subjective space.

Capitalism doesn’t just melt away all that is solid in the physical world. It melts away every rational concept and category of thought and meaning that the West has erected. For Land, the future is an empire already enthroned. It reaches back to colonize the present. It consumes the very “Western Civilization” that produced it in a final act of cosmic irony.

Land’s appeal lies in his cathartic embrace of that horror. It is futurism taken to a breaking point. Instead of a new stage of human domination, Land prophecies a total annihilation not only of the human body but of all rational concepts—including time itself.

In his 1970 book, Future Shock, writer and businessman Alvin Toffler describes a new form of culture shock that is no longer based in space but in time. That is to say, our technological culture changes so quickly that it is experienced as a form of culture shock by members of that same society. The book is full of jargon, such as super-industrial man, subcults, Ad-Hocracy and, my favorite, a strategy of futureness, which anticipates the abstruse lexicon of Land and the CCRU. The strategy Toffler recommends—to orient school children to the rapidly changing future, instead of emphasizing past history—could easily be the subject of a humdrum TED Talk today. But, looked at from another light, it is very close to accelerationist thinking and even to hyperstition.

The techno-societies, far from being drab and homogenized, are honeycombed with just such colorful groupings—hippies and hot rodders, theosophists and flying saucer fans, skindivers and skydivers, homosexuals, computerniks, vegetarians, bodybuilders and Black Muslims.

The demographic breakdown Toffler gives of “techno-societies” half a century ago could almost be a description of the colorful characters that fill up one’s Twitter feed today. The only difference is that these various identities have now cross-pollinated, become even more niche and heterogeneous, and are often coated in layers of irony that would have been unimaginable to Toffler. He could see the course we were charting; he just couldn’t see the intensity of it. We know that this is exactly the kind of countercultural undercurrent from which corporate ad rooms have been lifting ideas since Woodstock.

For Land there is no limit to schizophrenic absurdity. There is no aspect of humanity that will not be surpassed. From this perspective Land is something of a future shock jock: a sci-fi author who wrote himself as a supervillain and never breaks character. It might just be Land’s philosophical and writerly techniques, not Land himself, that go mainstream.

You can see such mystical, futuristic rhetoric as itself a passing fad. And that may be so. But you can also see the sundry purveyors of Landian thought as nodes connecting a subterranean system. Beneath the surface of popular culture is an internet swollen with hyperstitions, conspiracy theories, religions, hatreds, and extremisms new and old. These fictions keep getting thicker and more saturated, and the speed at which they rip through the culture keeps getting faster. And the louder the language of the future becomes, the more absurd it sounds to those living in the already passé present.